I have lived in Denver for the better part of 15 years except for a period of time I was in Oakland from 2012-2016. While the better part of my career has been playing out in the West, I’m a Midwest guy at heart, having spent my early childhood years in Chicago and then most of my more formative young adult years in South Bend, IN.

As a kid, moving from the city to the rural Midwest, I was immediately drawn to nature, the deep woods, the wetlands. As I got older, my interests grew to include skateboarding and live music.

My early style of painting was heavily influenced by music and its undefinability. Music conveys a mood, but you cannot hold it in your hand. You can’t point to it. I explored this fluidity with my art. To this day, improvisation and the idea of worlds within worlds dictates a number of my pieces.

Architecture factors heavily into my work. As a way to tell a story but also as the basis of things- the walls we form in our minds, the memory of a magic place from childhood, and to look at heritage. Using a mental and emotional map of events, objects and places I create images to the best of my recollection. They appear more as patterns than a concrete thing. 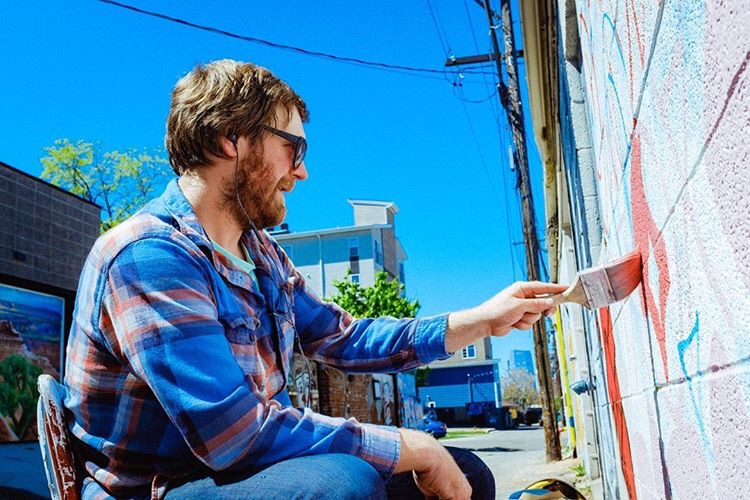